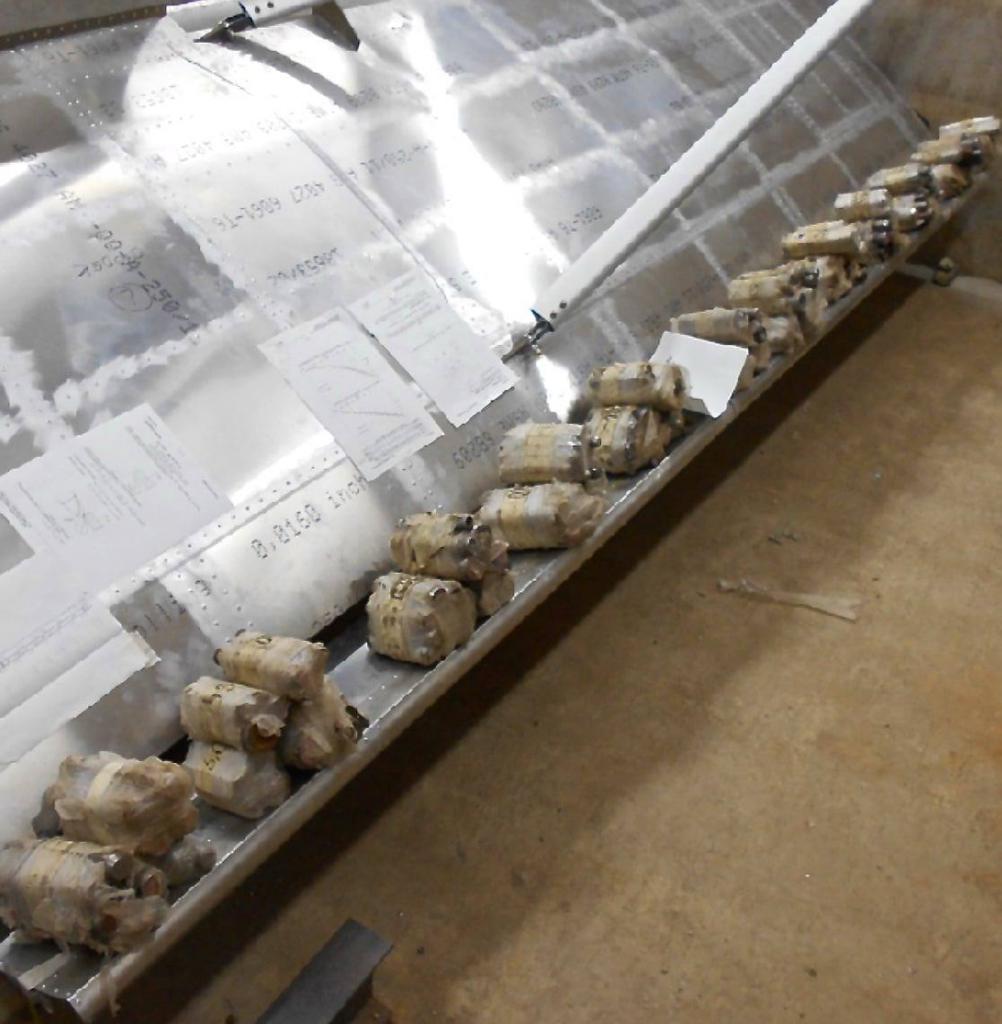 About our slats.
This device, has got a lot of attention from the date of the reveal, mainly due to his unique features.
We did any kind of static, ground and flying tests. We strongly believe in our new system, since it is very important for a slat device, from an aerodynamic point of view, to reach the right position when fully extended and to do this, we decided to go with an electric system that can extend the slats exactly in that precise position. For those that don’t know how our system works, the slats are interconnected, avoiding in this way, any possible asymmetry on the wings, even in case of the remote failure of the single electric engine.
About our tests:
we loaded the slats, fully extended, up to 262 kg (576 lbs) for each wing, checking for residual deformations after the unloading.
The system and the wing itself, have shown to be very strong and with zero residual deformations at the end.
Then we tried to figure out, how many cycles the system could be subjected to, in its operational life.
We have imagined two kind of customers, first a school, with its intensive use of the plane and then an average pilot.
The first example will represent the most intensive possible use of the plane. We have supposed for this first Norden one take off and landing every 5 minutes, continuously for 2.000 flying hours (of course this is pretty much impossible but it was done just for reference numbers). This means 12 complete cycles x each hour x 2.000 hours, with a final total of 24.000 cycles.
Then we considered an average sport pilot. Normally this kind of pilots will fly about 60/70 hours/year. In this case we took in consideration the half of the cycles calculated for the school and again x 2.000 hours, ending at 12.000 cycles total.
So we decided to check more intensively our slat system (even if it was already well proven by many other tests done in the last 12 months) simulating in our facility the planned amount of cycles in a test wing. We wrapped the wing airfoil including the slats, with 8 strong bungees, calibrated to give 40 kg of resistance when the slats are fully extended. We made some lubrication and we checked at the end of each step the whole system for wear, possible increase of temperatures , damages, loads on bungees etc.
The first aim was to reach the 24.000 cycles planned to simulate the most intensive use. But then step by step we decided to increase this amount and at the end we reached the number of 55.555 cycles before to decide to stop, inspect some parts and start again for a new long series of cycles. The new target will be now 100.000 cycles. The picture shows the first 50.000 cycles and the most intensive set of cycles done without interruption (20.011 cycles for a total working time of more than 51 hours).The short video shows how the electronic device is calculating the cycles, the extension of the slats and the time of total work. The last pic shows the static load we applied on the slats.
Just as a reference, our theoretical average pilot, using the slats as described above, will use them about 420 times/year (just about 1 hour of work for the slat mechanism x year) or if you prefer 8.400 times in 20 years ( about 21 hours of work).